Tickets to this in-demand event are now on sale. Get tickets.

This annual extravaganza features seductive stripteases from more than 150 of the sexiest and most talented dancers on Broadway. They will strut and strip their way into your heart during two dazzling shows at 9:30 pm and midnight.

For the fifth year in a row, the show will be directed by Nick Kenkel. This year’s theme and special guests will be announced in the spring.

Tickets for Broadway Bares range from $50 to $3,000. VIP tickets include unlimited specialty cocktails and exclusive seating. The fabulous “Stripper Spectacular” package includes a premium reserved table seat at either show with specialty cocktails, admission to a private cocktail party with Broadway Bares creator and executive producer Jerry Mitchell and a backstage tour. The “Barest Backstage Insider Experience” includes a premium reserved table seat at the midnight show with specialty cocktails, a pre-show, behind-the-scenes backstage tour and access to the final “undressed” rehearsal the evening of the show.

Broadway Bares was created in 1992 by Mitchell, then a Broadway dancer, as a way to raise awareness and money for those living with HIV/AIDS. In Broadway Bares‘ first year, Mitchell and six of his friends danced on a New York City bar and raised $8,000.

Last year, the event celebrated its 26th edition with a tech-savvy, television-inspired spectacular. Broadway Bares: On Demand raised $1,482,724. The 26 editions of Broadway Bares have raised more than $15.8 million for Broadway Cares/Equity Fights AIDS. 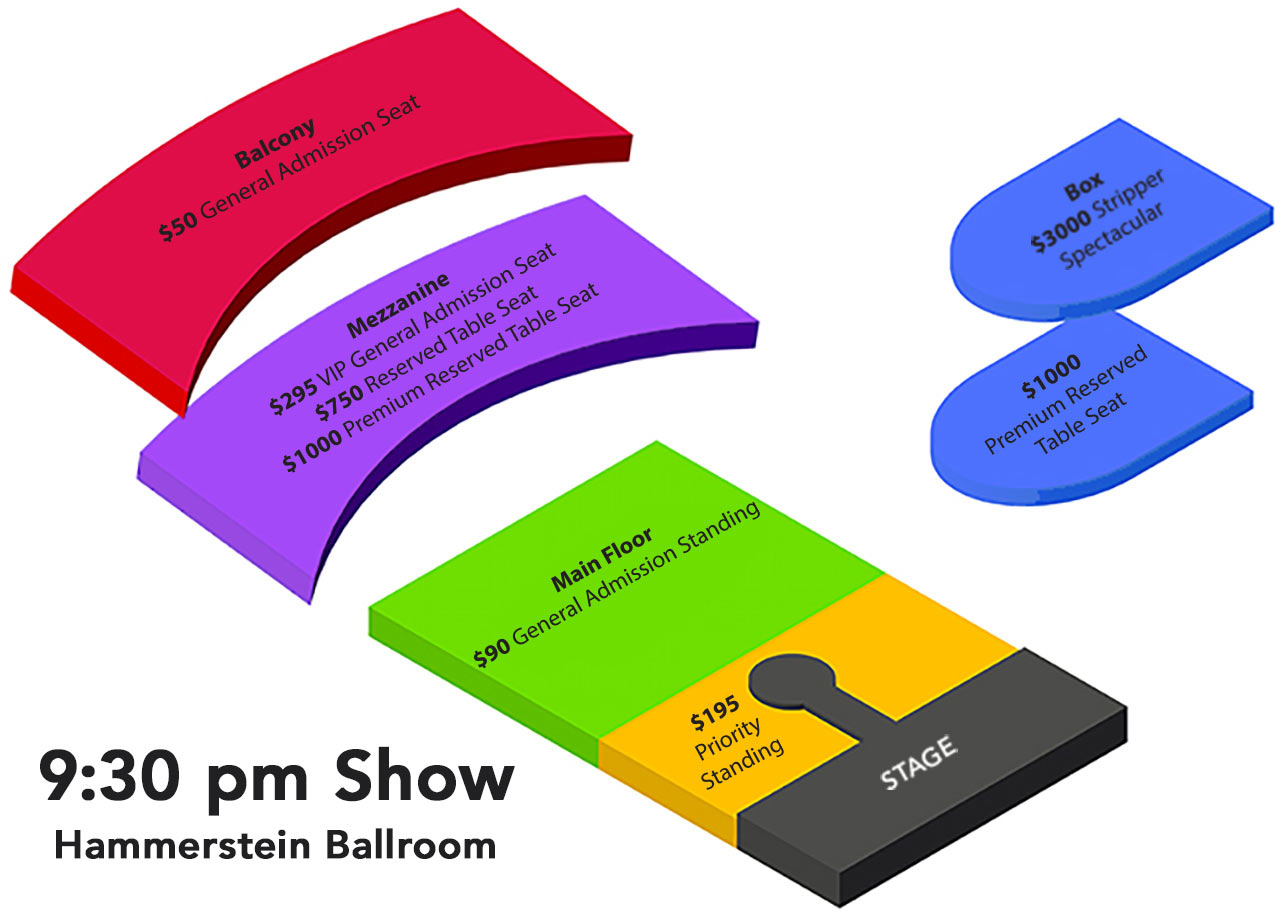 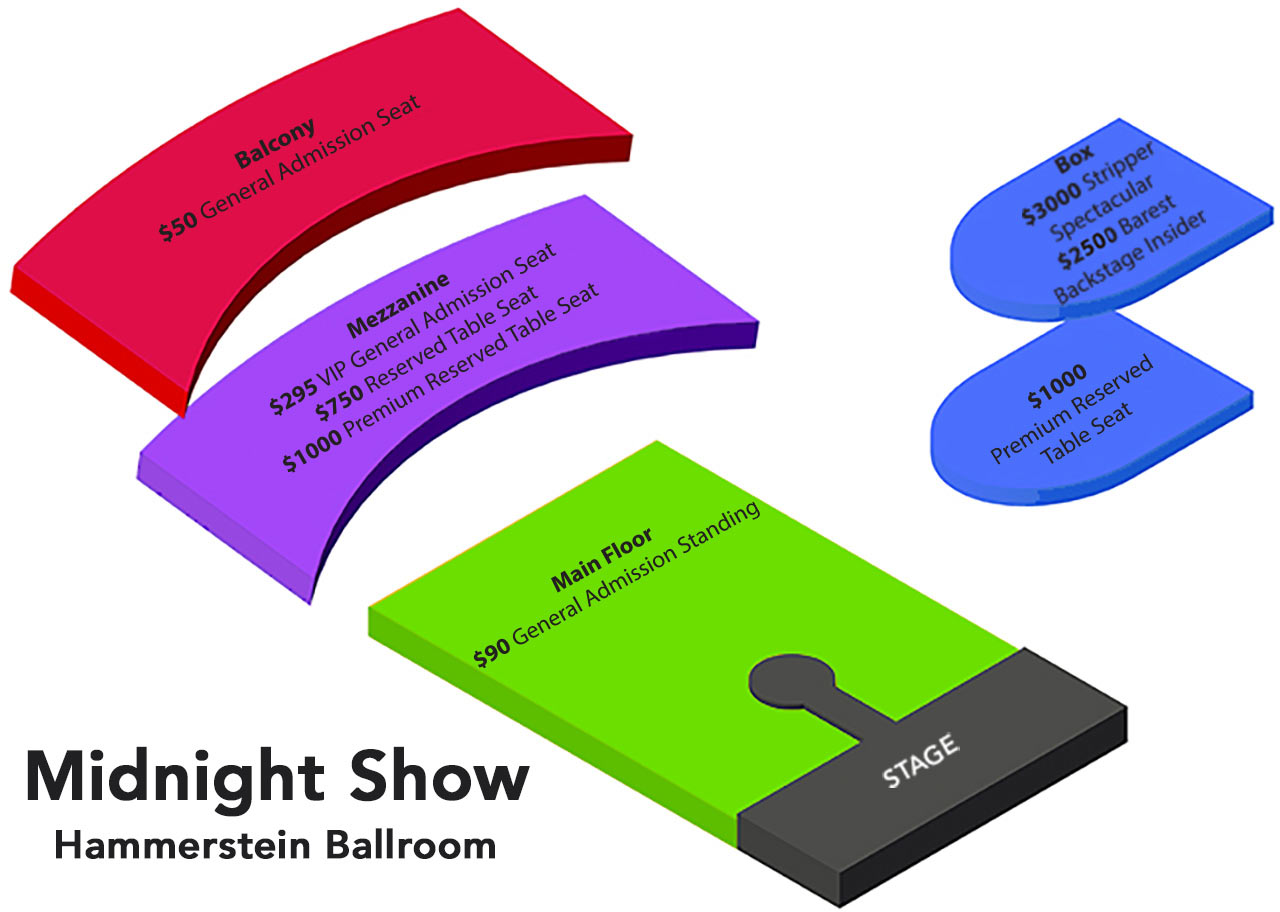 The Hammerstein Ballroom is located in the Manhattan Center. It’s at 311 West 34th Street, between Eighth and Ninth Avenues. It is conveniently located less than two blocks from Penn Station (Amtrak, Long Island Railroad and NJ Transit) and the A, C, E, 1, 2 and 3 subway lines.